A 3D virtual reality tour of the historic RRS Discovery ship in Dundee is being developed.

A recent laser survey of the ship, which was sailed to Antarctica by Captain Scott, has made virtual tours using the Oculus Rift headset possible.

A completed prototype allows users to explore the ship's wardroom.

The current programme lets users move around a detailed reproduction of the room, sit at the table and peek into Ernest Shackleton's cabin, while future possibilities include walking the decks and climbing the rigging.

The virtual tour is conducted through the Oculus Rift, an immersive gaming headset which Facebook bought the rights to for £1.2bn earlier this year.

Dundee Heritage Trust is aiming to raise £50,000 to develop a virtual reality tour covering more of the ship, along with a tablet and mobile phone application version for those without headsets. 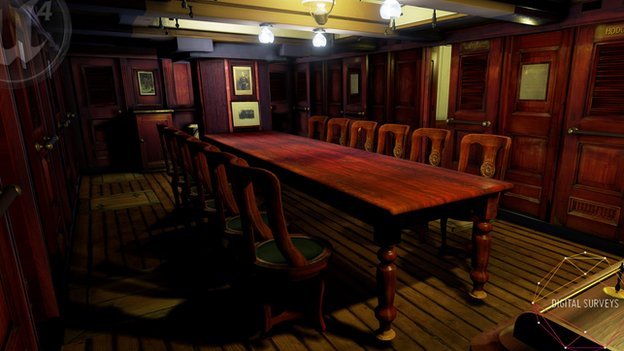 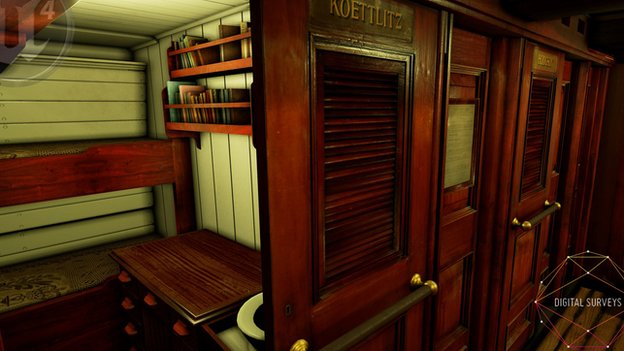 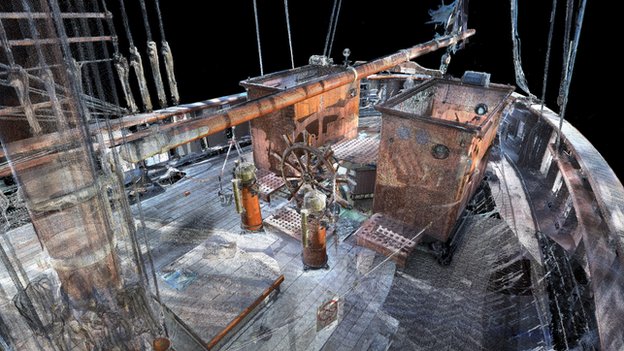 Operations director Mark Munsie said the original laser survey, which had aimed to produce an accurate record of the ship's structures for conservation planning, had provided the opportunity to develop the virtual tour.

He said: "The prospect of people at home all over the world being able to explore the ship in 3D is very exciting.

"It also opens up the visit experience to people with disabilities who would otherwise be unable to climb up to the bridge or go below decks."

The project to date has been funded by the Scottish government's recognition fund, awarded by Museums Galleries Scotland.

She said: "Bringing Captain Scott's ship directly to people in their own front rooms and offices around the world is a fantastic achievement, and Dundee Heritage Trust is reinforcing the city's status as the technology capital of Scotland with this innovative project." 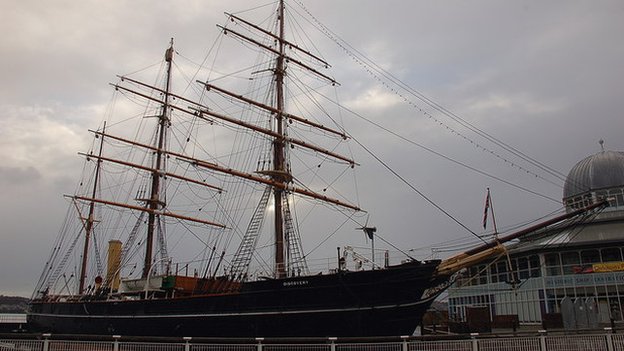 The real RRS Discovery was sailed to Antarctica by Captain Scott and Ernest Shackleton
Fuente: http://www.bbc.com/news/uk-scotland-tayside-central-29363987.